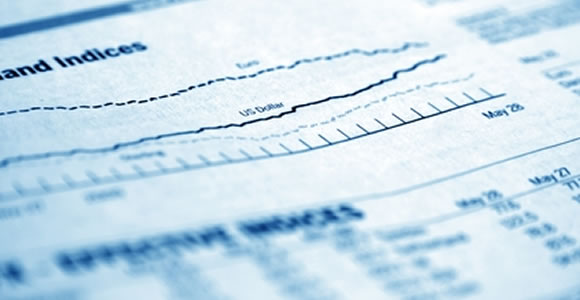 Recently, there has been a notable shake up in the way many companies are carrying out their marketing activities. Increasingly, the internet is being tapped into as the advertising medium of choice while old school methods such as print media, flyers, trade shows (etc) are occupying ever slimmer fractions of marketing budgets.

In fact, by 2016, Forrester Research predicts a total of nearly $77 billion will be spent online in the USA alone, which would mean the average company would then allocate a meaty 35% of its total ad budget through online landscapes. There needs to be a way to measure the effectiveness of all this online advertising, and that’s precisely what “internet marketing metrics” are designed to do.

Internet marketing metrics measure all facets of a website’s performance, and in the larger scheme of things the efficiency of a company’s entire online marketing division. They can quickly identify what online marketing techniques are delivering pulsing results, and which ones are cash munching fallacies just waiting for the chop. Where are the traffic and sales coming from? How well does the site convert traffic into leads and customers? Internet marketing metrics reveals it all and quite a bit more.

You might think that it would entail a seismic effort to set up your sites and systems to get the data required to calculate such useful metrics – in fact it’s quite the opposite. Free tools like Google Analytics have made calculating internet marketing metrics a breeze for even the smallest and most cash strapped of companies, as it allows for traffic numbers and sources to be meticulously scrutinized.

The Key Performance Indicators (KPI’s) in the online metrics world include the following:

The King of metrics, online or offline, Return On Investment seeks to bring a top level financial measure to your internet ad campaigns. You can calculate ROI on a broad online marketing campaign, or drill down into specific ads.

Click-through rates measure how potent an advert is by comparing clicks to impressions. It’s measured like this:

Clearly, a higher CTR indicates an effective ad that is converting well. A 2% CTR would indicate that for every 100 impressions, 2 clicks are registered.

Rather than using gross click-through, a more accurate measure is to use unique clicks rather than total clicks in the above equation. It gives a clearer indication of how effective an ad is when put in front of a number of people. It can also be tweaked to use another action instead of clicks (for example downloads).

A 2011 survey by Chief Marketer revealed that 58% of marketers used click throughs as a measure of ad performance, the highest used of any metric type surveyed.

This KPI provides an indication of how sticky your site is. How long, on average, does a site visitor spend on your site.

Many things can distort this KPI – a suspiciously low average site time of a few seconds could indicate severe problems with the site content quality or display issues. However, it could just as easily be an issue of low quality, non targeted traffic.

A good key performance indicator which tells you your cost of acquiring leads. This is often the most appropriate way of measuring the cost of email marketing campaigns.

A rather obvious measure revealing what each sale costs to generate.

Left unmonitored, internet advertising can become a lethal black hole that insidiously sucks in your entire marketing budget, without delivering so much as one new client. Or, it can just as easily be a sensational, laser targeted way of reaching new clients from all over the world, while raising brand awareness. The trick in making sure it’s the latter would seem to lie in the marketing managers ability to assess the effectiveness of each and every online ad campaign. Only then do you have the means to roll with the online marketing techniques that are bringing profits, while dumping the losers. Internet marketing metrics are really the only means to do this.