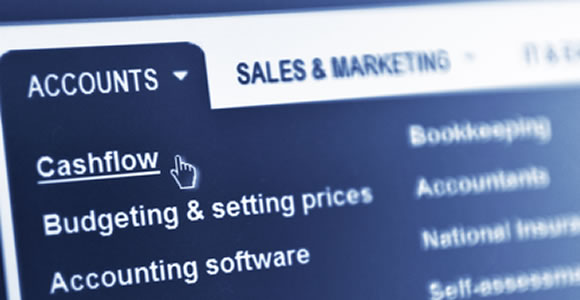 Don’t roll your eyes. Don’t even dare. Cashflow is one of those seemingly dull accountancy topics that has been responsible for more than the occasional, bleary eyed yawn at many a business workshop.

Yet, a robust cashflow is the very lifeblood of any business, be it the little corner shop down the road or a FTSE 100 whale that could swallow you whole. Particularly now, in an austere new world where revenues are often patchy, and the concept of cheap and easy money is about as close to home as the planet Mars.

The startling reality is that a lot of businesses that stutter, slump and die do so because of cash flow failure. Only by having a firm grasp of what cashflow is, why it’s important and what to look out for when analysing it can you make sure that your business doesn’t follow suit.

Let’s get ever so slightly technical. The cashflow statement is a summary of how monies flow into and out of the company’s coffers.  There is an important distinction to be drawn between actual cashflow statements (which show the actual movement of cash) and a cashflow forecast which is the way in which management believes cash will weave in and out of the company’s bank account in the foreseeable future.

Who Cares About Cashflow?

Think it’s only dull accountants with thick milk bottle glasses that care about cashflow? Not at all – in fact, just about every switched on stakeholder in a company will have a vested interest in making sure that its cashflow is, at the very least, comfortable. Only when a company has adequate working capital, and so by extension a strong cashflow, can it keep paying the people who keep it in business.

Employees will need to be paid. So too will the companies creditors. Bankers will certainly worry about the cashflow of any business they have lent so much as a penny to – cashflow problems being so often the first warning signs of a gasping business. Similarly, shareholders also care about cashflow for much the same reason. Try reading a Warren Buffet book that doesn’t use the word “cashflow” at least one hundred times. It just doesn’t exist, because investors are trained to stay a million miles away from companies with problematic cashflows.

Why Cashflow Can Start To Wobble

Often, with a bit of good management and the tiniest bit of foresight, cashflow problems can be predicted well before they steer your company into the eye of a cataclysmic financial storm. Potential banana skins can include:

How To Protect Against Cashflow Problems

Quite frankly, if a company’s business idea is flawed and its trading is inherently loss making, cashflow wouldn’t make the blindest bit of difference. It’s doomed.

However, it would be profoundly tragic if a fundamentally profitable set-up was sent to the wall just because it messed up its cashflow. Just because, due to some unfortunate series of events, it wasn’t able to meet a big creditors demand for cash. And it couldn’t raise any more money because the banks aren’t lending anymore to each other, leave alone to some acorn of a company who’s run into a spot of short term bother. Future order books are full. Bursting even. But you’re still going bust. Ouch.

Think the above scenario is unlikely? It’s actually as common as muck. Many businesses are inherently profitable when they go under. Google it.

So, how can a business ensure it never runs into cashflow problems? Small companies, in particular, need to hedge in a generous buffer between expenses and income. Assume you’ll make less and need to pay out more when you’re creating your forecasts. The business world is seldom predictable, and if you get your sums wrong, sods law dictates that it almost certainly wouldn’t be to your liking. Also endeavour to set-up strong lines of credit, and a healthy working relationship with your bank manager. Ask after his wife and family. And send the bloke a card and some choccies for Christmas.

Ultimately, whether you’re the owner of a corner shop or the CEO of a FTSE 100 company, it’s the one harrowing position you don’t want to find yourself in. I speak of course about that unenviable situation of thumbing through your accounts one day, and discovering with alarming clarity, that there’s just not enough money to pay the bills. And you just can’t tap into the money markets anymore. It’s harrowing because you may just be looking at the beginning of the end. Of your business. And it’s your fault. Because you failed to sort out your cashflow.