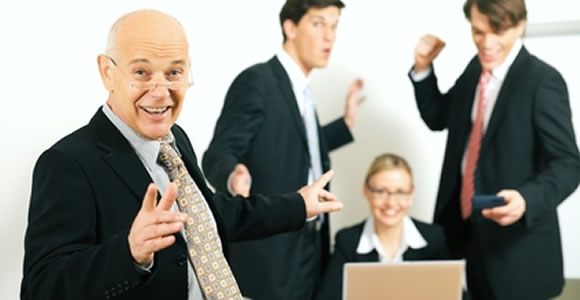 You’ll love it too. Why? Because corporation tax is the sweetheart of taxes – and by the end of this scribble you’ll be paying it with utter delight.

Have I gone stark raving bonkers? Certainly not. Read on, and let yourself be wined, dined and ultimately fall in love with the most improbable of things – a tax.

What Is Corporation Tax

When your company manages to trot out a profit on its trading activities, the tax payable is known as “corporation tax”. A myriad of organizations are subjected to corporation tax including limited companies, charities, clubs, co-ops and just about every other legal body you could throw your hat at.

What Are Taxable Profits?

Taxable profits of course include routine trading profits, but additionally include any profits arising from investments and capital gains. The notable exception to the rule is dividend income which is governed by its own unique set of guidelines.

Did I mention, location? If your company is registered within the United Kingdom, you’ll need to stump up tax for any activities that fall within its books. Regardless of where the sales were made. Sold a tractor to a half American/half Iranian farmer bloke in Mongolia? Doesn’t matter – the tax from any profit is still payable here in good old Blighty.

The Logistics Of Paying Corporation Tax

Here’s where HMRC pops up. And it was all going so nicely too until now. Your corporation tax bill needs to be paid to HMRC along with supporting documentation noting how you came up with such a pitiable sum.

One thing, don’t file your taxes late – HMRC is somewhat like a strict old school headmaster from the 1940’s (think cane, monocle, silly hat and a disturbing eagerness to punish) .  You’ll need to pay your corporation tax bill within 9 months and a day of your firms accounting tax year end. You’ll also need to file the accounts within 12 months of your financial year end.  The filing and payment of your corporation tax needs to be done electronically.

I’ve got all the scary stuff out of the way. Now let me tell you why corporation tax itself is actually a bit of allright.

Why Corporation Tax Is The Gentleman Of Taxes

The great news is that as a corporation you have far more scope to lower your tax bill than an individual employee slaving away via PAYE could ever dare dream.

If, as a beginner, you’re wondering if setting up a company is worthwhile, then consider this one golden molecule of wisdom:

Corporations are never ever taxed on gross income or revenues. PAYE employees are. That’s why, as far as taxes go – and certainly when stacked up against personal income tax, corporation tax is a screaming delight. It’s why the very richest, wealthiest and most powerful  people all own and control mighty corporations. It’s also why they are often, for the very purposes of tax, on cleaner salaries within the company books.

In his book, “Rich Dad Poor Dad”, Robert Kiyosaki pretty much endorses and eludes to this same powerful and fundamentally sound principle – to be a rich dad, you need to control income generating assets and pay as little tax in the process. Decode it and what’s it essentially say? Own a company. Pay less tax.

Imagine, if as a PAYE employee you could deduct an encyclopaedia of savage, income crippling expenses before arriving at a much lower income that you finally fork out tax on. Wouldn’t that be marvellous? Imagine deducting your travel card, your mortgage, your computer, perhaps your cell phone, even your landline to name but a few.

Of course, It’s never going to happen. However, as the founder and controller of your own business here are but a few cost crusts you can deduct from profits before, finally, calculating your tax bill:

Let’s have some fun at your expense. Go into HMRC’s head quarters as a poor PAYE peasant of an employee and tell them from now on you’ll only be paying income tax after deducting all the above. I’m not entirely sure what the response would be before you’re escorted out by security, but I would imagine it would be something along the lines of a brief silence followed by chortling howls of gleeful, mocking laughter.

Yet, companies up and down this wonderful island of ours get away with doing the very same thing, year in and year out. They save tax – essentially, by paying it.

And that, rather sharply and succinctly tells you why you ought to own your own company. And why, as you plop your corporation tax cheque into HMRC’s grubby little hands, you should do so with the cheekiest little grin they ever did see.